Tucker and Dale Vs. Evil: An Analysis 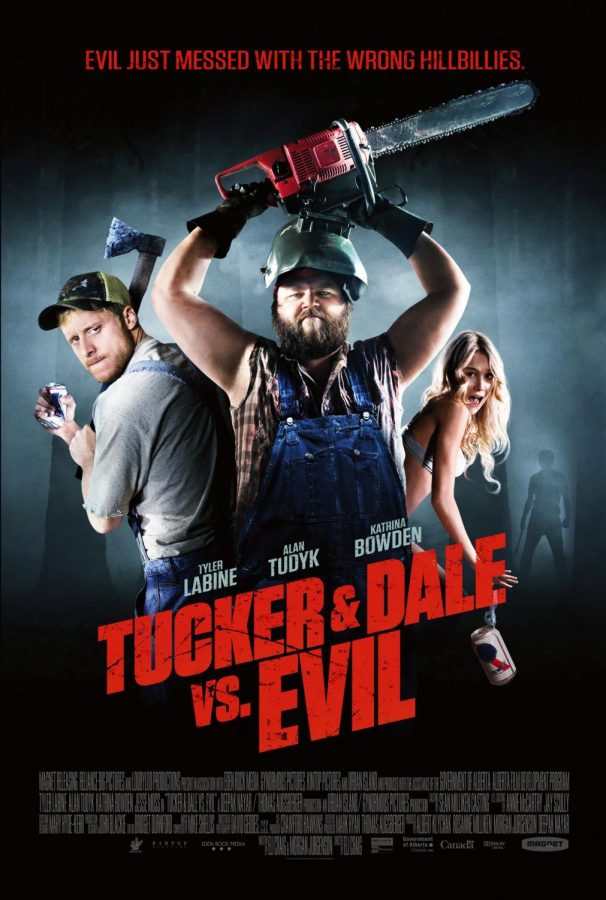 Tucker and Dale is a comedic horror story. It unusually incorporates humor into an otherwise dark story. This is what makes it memorable in it’s wide genre. We get the viewpoint of two characters who would traditionally fall under the villain stereotype. However, the story reveals the true villains are not Tucker or Dale. The movie demonstrates we cannot judge by physical appearances.

The acting in the film is solid. Tucker provides a sort of “rough around the edges” comedy. He’s very logos, and thus, contradicts Dale, who is extremely pathos. Dale is a sweet, sensitive guy (the exact opposite of a crazed serial killer). His empathy and emotions towards Allison makes us love him and want him to prove the rest of the college kids, he is not a bad person. Allison’s character proves promising, as we see her struggle with her cruel friends, but then find love with the lonely Dale. Chad is one of the most interesting characters of all. We see him slowly morph into a more strange character by the minute. His desires to enact revenge on the two hillbillies who remind him of the murderers in his mother’s traumatic experience builds his character.

The camera angles and lighting of the film properly portray the tone throughout the film. We see dark scenes when tensions rise or events are mysterious. The film pans in when the characters’ facial expressions are needed to be seen. Lighting is practical, being it’s bright when the kids are in the forest during day, and dark inside Tucker and Dale’s cabin at night. Overall, all the effects prove prominent and useful in the film.

Thus, Tucker and Dale vs Evil is a good story, one of blood and gore, but also comedy. A shocking and exciting twist is incorporated into the story, which tells us something about the origins of the true villain. If you’re looking for a dark comedy, this is the movie for you. This movie is a 4.5 out of 5 stars.